We are looking for sponsors to build the world largest four meter (13-foot) tall humanoid robot with a built cockpit.

We develop a four meter (13-foot) humanoid robot with a built cockpit. The giant robot will be the largest humanoid robot in the world and has ability to do biped walking. We are looking for sponsors for our project. Realization of a giant biped robot is robot fans’ dream and hope of engineers. It can lead to the future development of new markets and new technologies. Sponsors can join our development meeting, get naming rights, and ride in the cockpit. Advertising effects can be expected due to exposure to mass media. If you are interested in our project, please feel free to contact us. 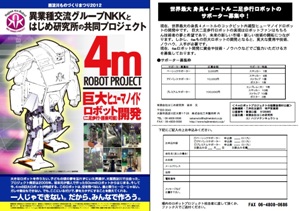 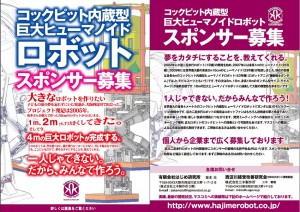 Here is the list of founders to develop the humanoid robot.

Here is the list of sponsors to develop the humanoid robot. 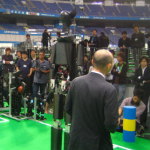 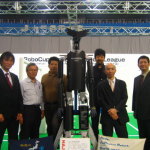 Member photo at the press release 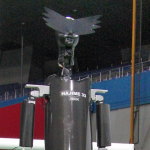 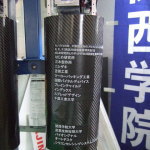 Sponsor’s name into the robot leg 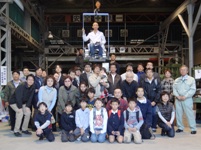 Humanoid Robot Festival for our Supporters