In 2010, we started a project to develop a 13-foot humanoid robot with a built cockpit like a Japanese robot anime “GUNDAM”. It is a challenging goals to develop such a huge biped walking robot in the real world. The pilot opens the hatch of the robot body and rides into the cockpit. The pilot watches the display captured by head camera and operates the robot using the joystick and the master-slave controller. The pilot moves the joint of the master doll. Then the slave robot does the same motion.

We are looking for sponsors and supporters for our project.

The latest news of this project is at the YouTube video and at facebook “4M Robot” page. 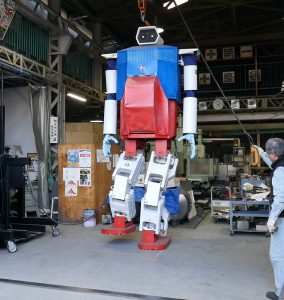 Walking of a Giant Humanoid Robot 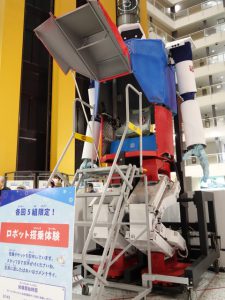 Cockpit of the Robot

Here are images with the development progress of 4 meter (13-foot) humanoid robot project below.

What is Gundam?
External link : Wikipedia (the free encyclopedia) “GUNDAM” 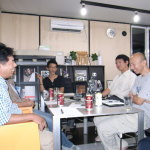 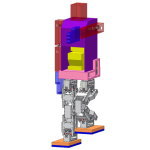 3D image of the 4 meter robot 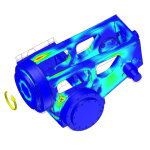 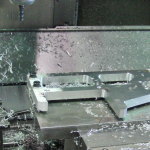 Machining and assembling of the leg joints (Yosinori Industry, Ltd.) 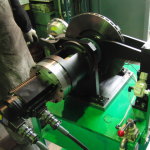 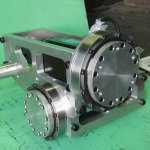 Actuator unit in the leg joint 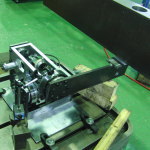 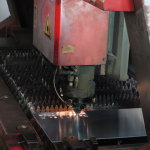 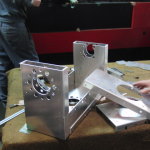 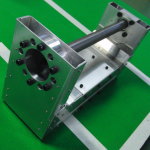 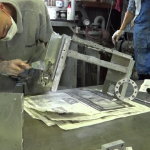 Bonding of the frame parts 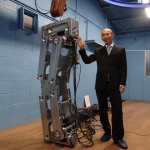 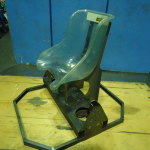 Cockpit of the waist (Araki, Ltd.) 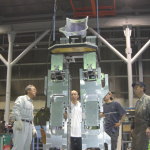 Assembling the legs and waist 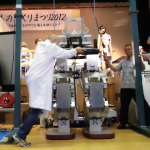 Getting on the cockpit in the waist 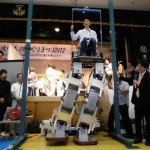 Walking on board the robot 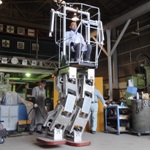 Walking on the robot(with body) 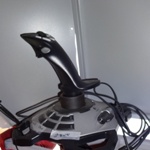 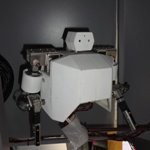 Master-slave controller for the arms and the head 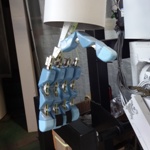 Five fingers on the hand 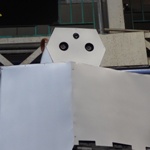 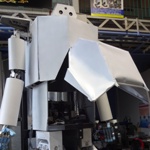 Opening the hatch of the cockpit